Bollywood makes Shimla a most demanding destination for all. After seeing in movies it’s placed, colonial buildings, natural views, adventure trips of heroes and heroines, ice skating most tourists plan their visit to Shimla every year.
Originally Shimla was a part of the Kingdom of Nepal before it was declared the British Summer Capital of India. The pleasant summers and snow-covered winters make Shimla a favorite weekend getaway with tourists all the year-round. Different places to see in Shimla and fantastic cultural heritage make this visit all the more memorable. You won’t like to miss the UNESCO heritage railway route to Shimla for sights and sounds like never before. Here we are including the offbeat places to see in Shimla along with the most described destinations.

Go for a heritage walk
Shimla has a lot of stories to tell, some legends and more heritage, but all equally exciting. Begins at the appropriately named ‘Scandal Point’ where legend has it that the Maharajah of Patiala was exiled from Shimla after a fierce argument with the Viceroy (some stories say he eloped with the Viceroy’s daughter) and was eventually exiled from Shimla –giving this spot its name in 1892. During
your walk, you can cover most of the places to see in Shimla. Pass Christ Church on the ridge that was built back in 1857 with its tower clock and fresco designed
by Rudyard Kipling’s father. Take a break at The Town Hall’s steps, but make way for officials as it’s still used by the Municipal Corporation of Shimla. Get transported to grandeur and aura of times gone by at the century-old Gaiety Theatre before you move on to the ancient Kali Bari Temple. Stop for a breather at the neo-Gothic Gorton Castle set in the midst of gigantic Deodars. Walk past the enormous Vidhan Sabha to the old Victorian mansion that now houses the Himachal State Museum with its numerous cultural treasures. Be prepared for a pleasant colonial hangover at the end of this walk.

Visit Kufri and Chail this time
Lush green hills mark summer in Kufri– a stark contrast to the fantastic snow slopes that make tobogganing ‘the’ thing to do at the end of the year. If you’re visiting in January, try your hand at the ‘National Snow Statue Competition’ here in Kufri. A short walk around would take you past colonial- Esque statues at Chini Bungalow to the Himalayan nature park. Head on to Koti for a picnic in unexplored gardens surrounded by orchards. Tall pine and deodar forests that signal the entry to Chail at about 2250 meters above MSL. Renowned for the worlds’ highest cricket pitch and polo grounds, Chail is also home to the majestic summer palace of the Maharaja of Patiala built-in 1891. Walk back in time through fascinating Indo-English architecture set on sprawling lawns with wide patios and corridors that echo with voices of an era gone by. To enjoy your days at Kufri-Chail and little bit away from the Shimla crowd you can spend at Toshali Royal View, which is situated in Kufri-Chail road. 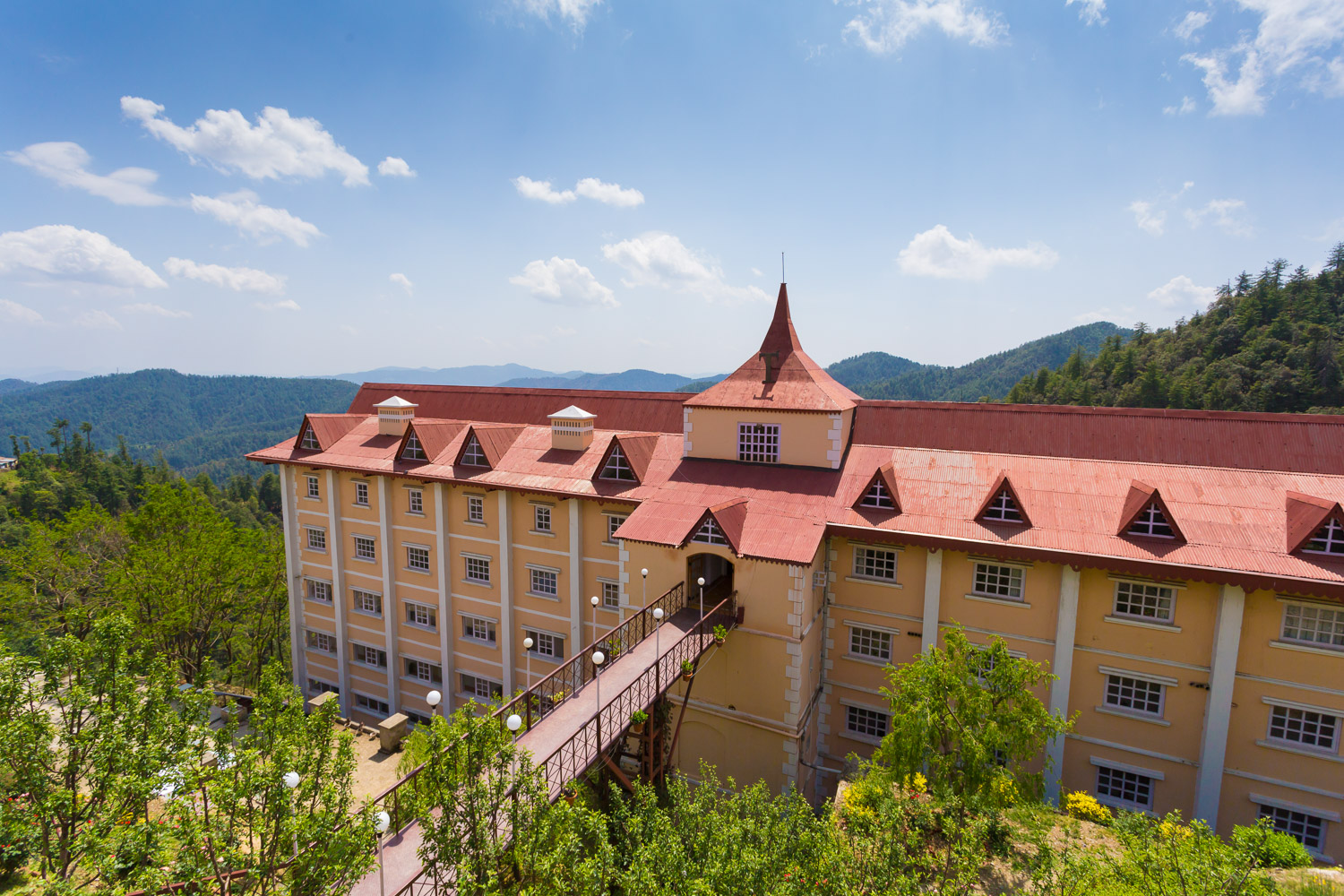