India is among the most colorful nations of the world and boasts of a rich history, culture and heritage. To get the most of your trip and tour to discover incredible India, it would be a good idea to equip yourself with useful information before you set out for a journey of a lifetime.

Getting In and Out

Getting Around and About

For more info leave a message with me “Metu” your travel expert and guide. I would be glad to get back and address your queries. Add on more tips, if you feel any of the tips missing, which your fellow travelers should know….

“The grandeur and heritage of Puri “Rath Yatra” – The Car Festival, is the annual holy carnival for devotees, travelers, tourist, photographers, Journalist, travel gurus. It’s the photographer’s paradise, and people from all over the world come to film The Chariot festival. Every year pilgrims find something new to witness and take back memories and blessing when visit to Jagannath Dham.

Puri, the south-eastern Indian city is visited for a number of reasons; its beaches, its coastal cuisine, its temples, and the Rath Yatra are a few of them to mention here… Popularly known as the Temple Chariot Festival; Rath Yatra and Annual Car festival is the yearly festival of the Hindus in which lord Krishna “Jagannath”, his heavenly brother “Balabhadra”, and his divine sister “Subhadra” are taken from the 11th Century Shree Jagannath Puri Temple in town to the Gundicha temple amidst millions of devotees – domestic and international. One of the most incredible spectacles in the world, this festival also commemorates the human journey of dark to light, the journey from ignorance to knowledge, and the journey of final salvation.

Puri Rath Yatra has been celebrated in the city since times memorial. It is observed on the 2nd day of the full-moon fortnight in the month of June-July. Wonderfully decorated wooden chariots of the deities are pulled by devotees with large ropes. These ropes are considered very auspicious and devotees who can touch them are deemed as lucky. This year the Car festival will be observed from 12th of July 2010 till 23rd July 2010. The core festivities of Rath Yatra – the Car Festival will be celebrated on 21st June 2012

Catch the magical glimpse of the festivities as have been celebrated over the years at http://bit.ly/afotpC

Rath Yatra is not just for the people of Orissa. It is a celebration for devotees and visitors from all over the world. Owing to the painstaking efforts of Prabhu AC Bhaktivedanta of International Society for Krishna Consciousness (ISKCON), Rath Yatra is not just limited to Indians, it is today a popular festival celebrated in several European and Asian nations as well. Belfast, Dublin, Venice, Toronto, USA san Francisco and other cities in USA states and Singapore are a few of them to mention.

Let me also run you through a few of the significant facts about the Rath Yatra festival:

The Rath Yatra truly manages to enable visitors and devotees with an ethereal experience of natural nirvana. Come embark on this journey and enjoy a never before experience. Toshali makes all arrangement for their guest to experience the car festival.

How to Reach Puri for the Chariot Festival?

On the event of The Car Festival “Rath Yatra” 2010.  Toshali is on to demonstrate the positive change on International coastal clean up drive at Puri beach to keep it clean, and have initiated the initiative cause “Puri Beach: Keep Me Clean”. It has already set an example on “Balighai beach”, Puri in coordination with the Orissa Forest Department. 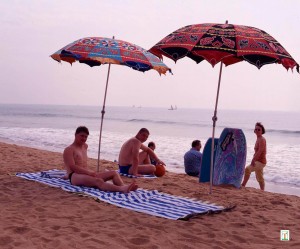 Do not forget to carry your camera; we would appreciate if you share your video and photographs at our blog. For More Information on The Car Festival leave a comment, Metu will revert back…

We would be glad to have your experience shared with us. Let us know about your stay at Toshali Resorts, your travel dairy, your travel plan,  vacation and holiday with your family and friends.

Toshali Resorts International is – (A division of TK International Limited), owned and managed by travel and tourism professionals with over 35 years of experience.

It was incorporated in 1982, is engaged in development of holiday resorts and has become one of the leading integrated tourism companies in India.  All the property are breathtaking tourist resorts in India

Toshali Resorts Mission, its objective is promotion of tourism in the country and focusing on customer delight.Products:Toshali Luxury Resorts are at topographically diverse landscapes “Where Nature Come Alive”

For all assistance and guidance regarding hospitality and information about Toshali Resorts, do post all your queries/comments to your friendly travel expert “Metu”