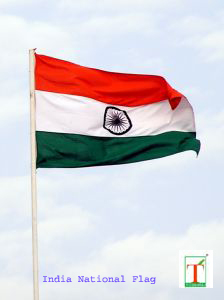 On the midnight hour of August 15, 1947 India got its freedom. There was delirious excitement as the new sun dawned on a new country. A freedom won at much cost, an occasion to be cherished and remembered for eons to come. A nascent, bruised nation faced a lot of challenges along the way; we have a long way to go but are happy to be here.

During school it used to be a flag hosting ceremony, followed by a full day’s telecast from Doordarshan – patriotic films, holiday, delicious smells wafting in from the kitchen, playing in the dust with equally scruffy friends and then a minor scolding later, after a delicious lunch – a little nap, then usually an outing on a stately rickshaw. Off late the day means pleasant traffic, a thinly populated office, decorated with rangolis and the customery samosa, jelebis, shared with the lucky/unlucky ones working on the day.

The Prime minister would hoist the tricolour and address the nation from the ramparts of Red Fort, like always. This year inflation, rising prices, red terror, commonwealth Games mess will likely be issues he addresses. But as a nation we are entering a stage where the next 20-25 years would shape the destiny of the country for a long time to come.

For me August 15 is usually a working day but between renewing your pledge for a better tomorrow you can drop by at a nearby resort – add the Friday, the Saturday and maybe the Monday – a short drive to Shilon Bagh, Shimla or a near empty bus to Puri – depending on where you are. The country’s birthday needs to be celebrated well and never let the sombreness of the occassion pull you down, for all its sombreness the very word independence is a synonym of joie de vivre for me. Born free, forever free. Laud the achievements of the country but remember if everyone of us does their bit the country would be better, for it is not soil that make a land – its people.

We all know a lot about the pros and cons of our beloved motherland but for me August 15 has always remained and will always remain a personal experience, one which you can feel but can’t express. Prior to this 64th Independence Day I will renew the pledge to do my bit, do join me – as drops makes an ocean so will each of us take our motherland just that little bit forward in her journey.

Are you planning for a soaking, peaceful and tranquil weekend getaway to spend Independence Day in a lovely place amidst the beauty of nature. Then what are you waiting for, check out for an independent villa along Sea Beach or in the panoramic view of Himalayas….. Rush in your queries for exclusive monsoon discount bonanza at –  http://bit.ly/drz01n