The star classification is used to rank products and services and it is also a common way to rate hotels, with the number of stars indicating how luxurious the accommodation is. The rating of star hotels in Goa is decided by an independently assessed system which relates to the facilities provided in the hotel. The facilities that are considered as part of the star rating could include food services, entertainment choices, the variety of rooms, spas, fitness centers, extra amenities, the view, and the location.

One star accommodation has the basic essentials for tourists, including bathroom facilities with soap, color television, table, and chair. Two stars mean standard hotel accommodation as well as a breakfast buffet, reading light, shower gel, and some other toiletry products. Three-star hotel accommodation has an increased comfort level with seating at reception, luggage service and extras in the room such as beverages, telephone and internet access, bathroom heating and hair drying equipment. 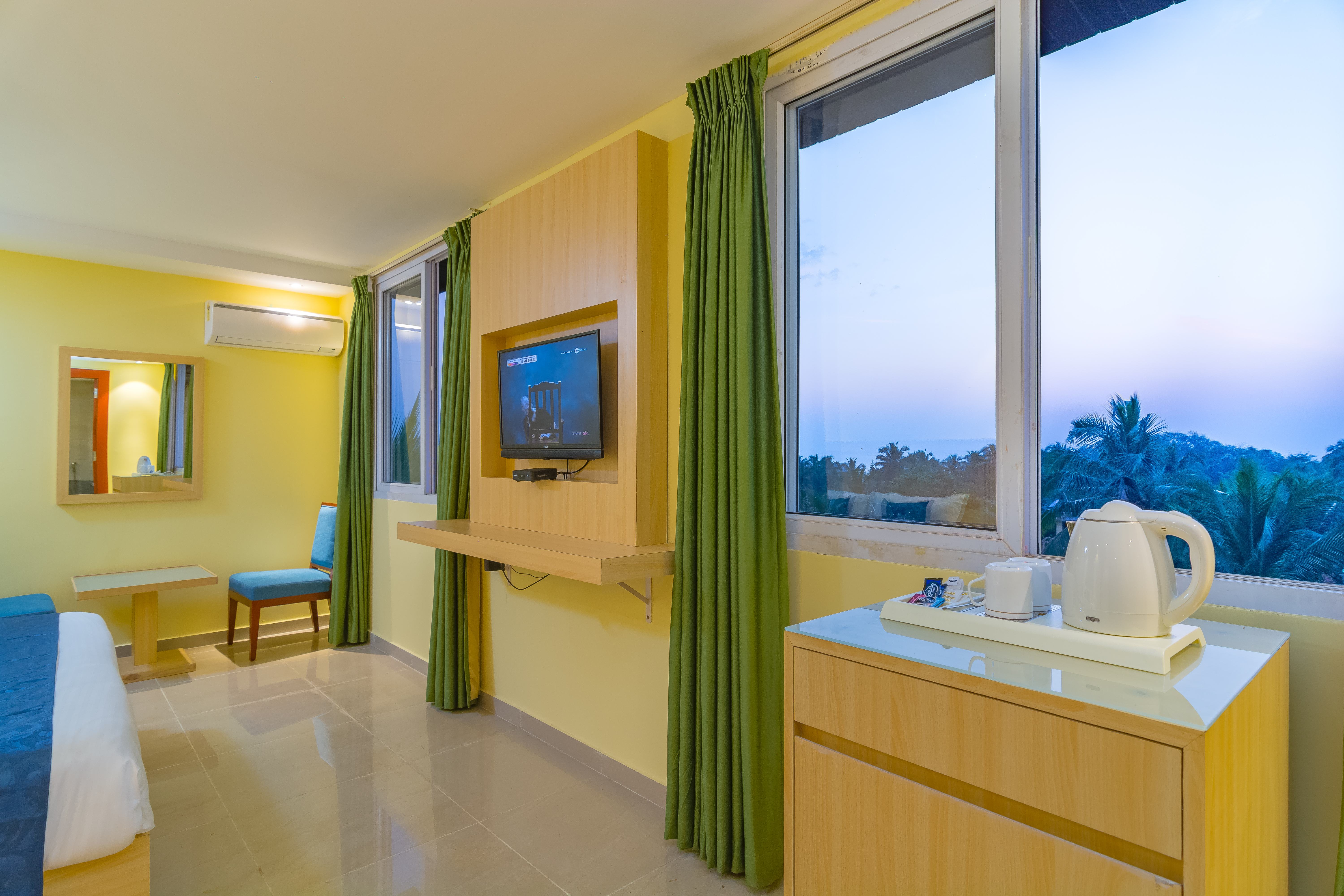 Three star hotels in Goa ranking is generally regarded as an indication of first class accommodation. It is only one step down from the luxury of five star rated hotels. A three-star hotel would have all the qualities and facilities, but its higher four-star ranking would mean that the hotel has extras such as longer reception hours, 24-hour phone access and a lobby with seats. Food service at a four-star hotel includes a breakfast buffet or breakfast menu card. Each four-star room would contain a minibar or beverages available through room service at any hour. A restaurant would be a typical addition in a three-star hotel. Toshali Goan Village and Hyde by Toshali are the two names in this category provides the best luxury service to its guests, so that every guest will be comfortable with its hospitality.

The four/five-star hotels in Goa room contains an upholstered chair or couch as well as a side table. Personal extras at this level of hotel accommodation would include a bathrobe and slippers if requested, vanity mirror and cosmetic products such as a shower cap, nail file, and cotton swabs. It would also include internet access and an internet terminal.

Four/five-star hotels in Goa can have an additional superior label. In that case, the superior flag would indicate that the first class hotel has high quality throughout the premises and provides additional services such as a sauna and a gymnasium.

So plan your holiday at star hotels in Goa as per your required services, amenities and budget.

Star hotels in Goa are classified as per their services,amenities and their ratings as per reviews.